The Dune belt between Walvis Bay and Swakopmund formed due to the Kuiseb River not reaching the sea so often, when it do not flow for a long period, sand from the southern Namib Dunes accumulate in the Kuiseb River valley and creep past the river valley near the coast and marches on northward.  When the Kuiseb River does flow and levels are high enough, it washes out accumulated sand thus preventing the southern Namib Dunes from migrating Northward and forming small dunes north of the river.  This small dune area is called Wortel and thousands of small “sekelduine” are in the area, these moving dunes can move up to 1 km in a year, also sometimes referred to as the “speedsters of the Namib.

These moving dunes then build up momentum and eventually forms the large dunes as can be found from Dune 7 up to the Swakopriver just north of Swakopmund. An area in this dune belt has been set aside for  the use of 4×4 vehicles by organisations and individuals with the necessary permits. This area stretches from Long Beach (Langstrand) up to dune 7.  Here you will find very large dunes, difficult to negate and every 4×4 enthusiast driving skills would be push to the limits. Some of the dunes are as high as 200 meter with very soft sand and guaranteed to keep you busy.

Our base for the next few days would be the Lagoon Chalets in Walvis Bay.  It is a beautiful place, very neat and secure. Situated within walking distance from the Walvis Bay Lagoon and it’s abundance of bird life. Accommodation would be in the fully furnished chalets which include basically all you need for a pleasant stay such as DSTV, Wi-Fi, Bedding, Towels etc., just bring your yourself and your 4×4.

We meet at the Lagoon Chalets in Walvis Bay, book-in is anytime from 14h00. Two-way Radio’s will be provided and installed in your vehicle.  Important to remember is to unpack your vehicle completely, for the following few days you would want to keep your vehicle as light as possible as weight are a dominant factor while driving the Big Dunes.

If all participants has arrived and there is still enough daylight available,  we can proceed to the dunes for a sample of what tomorrow awaits, followed by a sundowner.  Afterwards dinner will be served around a big campfire,  where the following few days program, will be set out and discussed.

After breakfast we depart for the dunes between Dune 7 and Langstrand. This is where we will do the Big Dune Driving – let the fun begin.

We do spend the whole day in the dunes and return to our chalets at Lagoon Chalets late afternoon. Dinner at 20H00.

Today we go back to the same dunes between Dune 7 and Langstrand, but now we will negotiate the bigger ones. We spend the day in the dunes again and return to Lagoon Chalets. Dinner will be served at 20H00 around the campfire.

Today we all go to Sandvis Harbour. This is a very interesting drive on the beach to Sandvis, from there we will travel back on the beach to Pelican Point, visit the light house right at the point. On our way back we will stop at The Raft for something cold and then it is back to base. Dinner at 20H00.

After breakfast it is back to the dunes and today we will conquer the highest there is to offer. All skills will be required and just the last fun day in the desert. Tonight it will be the prize giving and lots of fun around the camp fire. The trip is over and done.

This last morning only coffee/tea and rusks will be served and then the sad farewells. Hope you enjoyed the trip and safe travel. 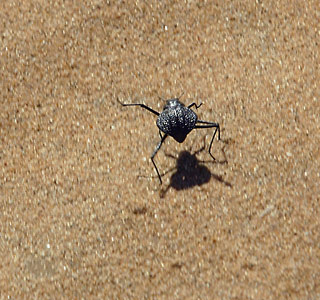