The park stretches from the Ugab River for approximately 500km right up to the Kunene River. This is about one-third of Namibia’s coast line. The park was established in 1971 and the size is 16,845 km2 . The Skeleton Coast Park is a 40 km wide and 500 km long coastal stretch in the north western part of Namibia. The cold Benquella current of the Atlantic ocean clashes with the desert and dune landscape to form a wild and unspoiled part of the Namib Desert .

The Bushmen called it “The land God made in anger” and the Portugese knew it as “The Gates of Hell”.

The landscape includes sand dunes, canyons and mountain ranges all of which are synonymous with Namibia. The climate conditions are extreme, dense fog with cold sea breezes normally in the morning and late afternoon, this is caused by the cold Benquela current which flows offshore, meeting with the extreme heat of the Namib Desert. During day time it can be very hot and dry.

The Skeleton Coast is normally associated with lots of shipwrecks like the Dunedin Star, Suiderkus, Sir Charles Elliot and the Kaio Maru. The Seal and Luanda can be seen near Toscanini and the Atlantic Pride near Torra Bay.
The Skeleton Coast National Park is divided into two parts. The southern part which stretches from the Ugab River up to Terrace Bay is freely accessible. However as from the entrance gate at Ugabmund and Springbokwasser a permit is needed, you can purchase permits at both these gates. The northern part is from Terrace Bay up to the Kunene and is not accessible, the area can only be reached with a tour operator holding the concession and qualification. This is also the most attractive part of the park.

Despite its arid and deadly appearance the Skeleton Coast has a greater variety of species than many other parks in Southern Africa. Large mammals include the famous desert elephant, lion, black rhino, cheetah, oryx, zebra, springbok, and brown hyena are found along the coast in the dry river beds. Lots of Cape seals are to be found along the coast line . There are 249 species of birds found in the park including the near endemic Damara Tern.

Rivers that flow towards the coast are the Ugab, Huab, Uniab, Hoanib, Hoarusib and the mighty Kunene. There are lots of crocodiles in the Kunene and is also the border between Angola and Namibia.

There is only one place to stay throughout the year and that is Terrace Bay, very popular for fishing. Torra Bay to the south is only open for fishing during December and January and bookings at both these places are essential.

Torra Bay is a camping place in the Skeleton Coast National Park, open to the public during December and January only. The rest of the year there are no fishing in the Torra Bay area allowed because of the conservation area it is in. Torra has very good and modern ablution facilities with a main building with a shop / kitchen and braai area.

Westcoast 4×4 Namibia do have access to stay at Torra Bay during the rest of the year through NWR. They granted Westcoast 4×4 the right to do tours in the area. Fishing is allowed as normal in the Terrace Bay area which starts about 24 km from Torra.

An impressive dune belt starts south of Torra and stretches way past Terrace Bay and this is the dunes we do explore and enjoy responsibly.

There are lots of wildlife in the area especially in the Uniab Delta close to the ocean. You will find Oryx, springbok, ostrich and the famous desert lion. The illusive Brown hyena patrols the coast line for something to eat during the night.

We all meet at Torra Bay during the afternoon, unpack and if there is enough time we go for a sun downer in the dunes close by. Dinner at 20h00 around a big fire. We do stay in luxury tents with stretchers and mattresses very close to the sea.

After breakfast we depart for the dunes, deflate our tyres and spend the rest of the day in the dunes. These dunes are not that big and high but very soft and tricky, will test your skills above the normal. Back at camp late afternoon, dinner at 20H00.

Today we all go fishing, plenty competitions and good fun on the beach, and who will be the champ of the day. Dinner at the camp around a nice camp fire.

Big breakfast. Today there are two options, fishing and dune driving. The keen fisher men are more than welcome to spend the rest of the day do what they like most and the rest can go and test the dunes once again. Dinner at 20H00.

Today everybody can do whatever they want again, fishing and the dune driving men of to Terrace bay to spend the day in the big dunes outside the airstrip. Here you will find some high dunes and it’s only a pleasure to explore with your 4×4. Tonight is the last night and big stories will be shared around the camp fire.

After breakfast we all depart home after the sad goodbyes, travel safe. 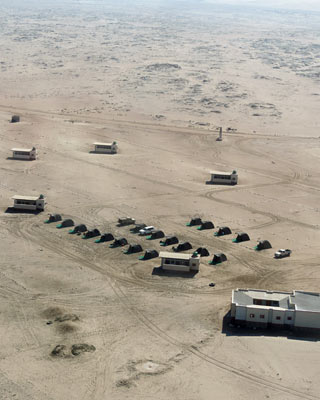 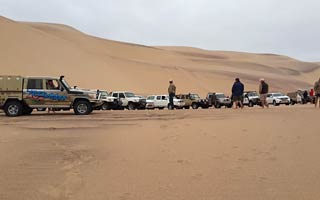 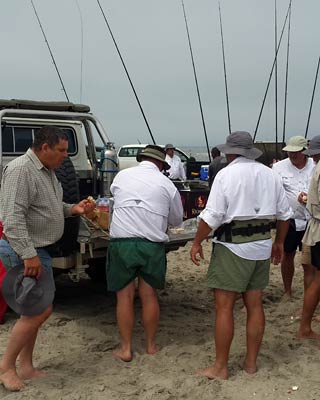 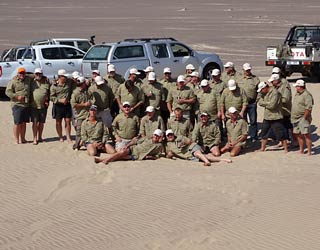